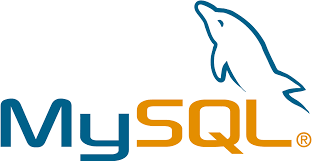 OptimaData offers a wide range of services for MySQL based enviroments. We are also certified partner of Galera Cluster because of our in-depth expertise of MySQL and MariaDB.

Services like QuickScan or HealthCheck, 1-day performance tuning but also training and in-depth workshops to accelerate your DBA staff. We help you to enhance your performance through a proven, structured approach. OptimaData Consultancy can realise improved performance in a short amount of time!

We offer a solid database management and maintenance program and provide you with the right consultancy or administration resources. These resources are tailored to your specific needs, so you can focus on your business. We keep an eye on the results of your (open-source) DBMS at all times and we will intervene when necessary. However, we would rather prevent problems from occurring by performing frequent HealthChecks on your environment.

I want to know more about MySQL services

Stay up to date?
Leave your emailadres and stay up to date with the latest open source database news, events and blogs.
Optimadata uses cookies to remember certain preferences and align jobs interests.